Brett Shollenberger is an sustainability consultant, writer, improviser, and editor specializing in the design of higher ed. programs and holistic communications strategies. He has a B.A. in English from Dickinson College, where he was named Ruth Sellers Maxwell Scholar of Literature for 2011. Brett Shollenberger is currently a sustainability programs analyst for GreenerU and an improv comic with Improv Asylum.

Why is Gas So Expensive?

I know what you’re thinking. Gas be gettin’ pricey up in here. But what about the effects of gasoline we don’t pay to mitigate? Check out Grist to see an in-depth video!

Climate change presents environmental disasters truly global in scale, and yet at the intergovernmental level, we can come to little workable consensus. The dilemma itself appears defined; the objective of the United Nations Framework Convention on Climate Change … Continue reading →

The Moment of Walden

When a student is first introduced to Walden, it seems that he is told, perhaps rather hastily, that the text and its author are the first of many things. Walden is the ur-text of American nature writing as a genre … Continue reading →

In 1809, Jean Baptiste Lamarck’s mechanism for evolution proposed in his essay Zoological Philosophy, namely that the acquisitions and losses of an individual during its lifespan are passed onto its offspring, was roundly rejected by Lamarck’s contemporaries as biologically impossible, … Continue reading →

Readings of Gulliver’s Travels are diverse enough to have spawned histories on the critical debate itself. The work was an instant success; upon its anonymous publication in 1726, “it […] became the only subject of conversation; everybody wondered, everybody admired, … Continue reading → 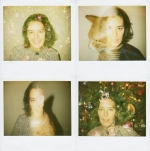 Reprinted from Artist Advocacy. By Brett Shollenberger. How does a drawing translate into music? And what exactly does a song look like? Abigail Portner is a visual artist who has designed album artwork for Animal Collective and skateboard decks for … Continue reading →

Reprinted from Dickinson Magazine, which is usually honorific rather than apologetic, but in this case explains the Carlisle, PA-bias. By Brett Shollenberger The modernist poet Marianne Moore held a place of honor among her contemporaries, such as T.S. Eliot, Ezra … Continue reading →